Update FSM according to the picture attached below

The structure of the FSM should look something like this:

1min before the drop, the height deployment is activated (assuming the barometer returns correct pressure/height)

Via LoRa: Pilots start counting down from 10. At 5 a pre-timer is initialised. After the pre-timer has count down to zero it initalises the transistion to the drogue descent where the safety-timer is started simultaneously.

Both deplyoment methods are active: Height and Safety timer trigger 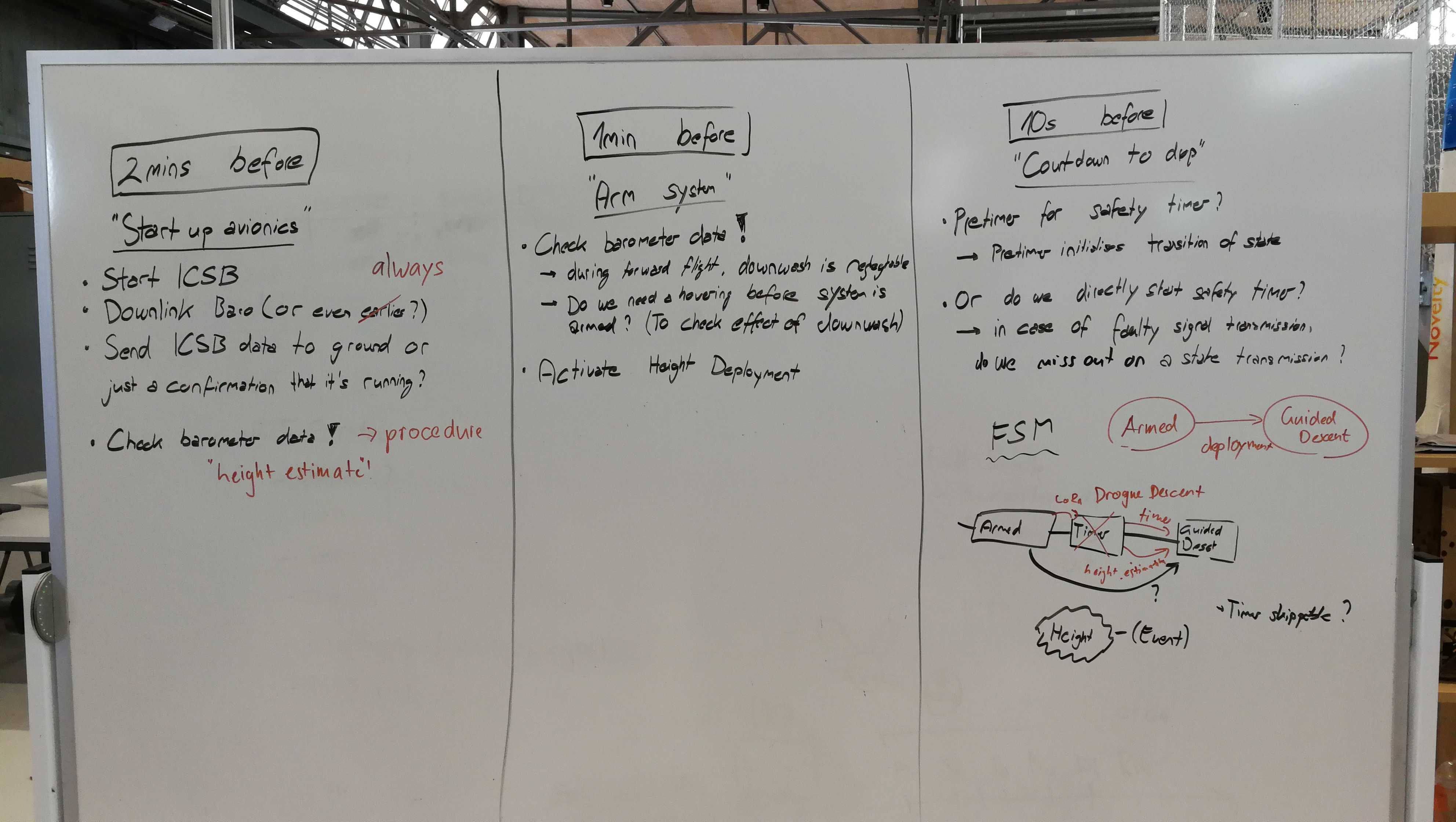